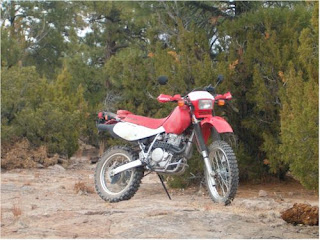 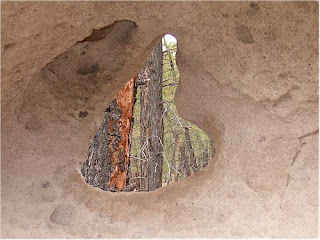 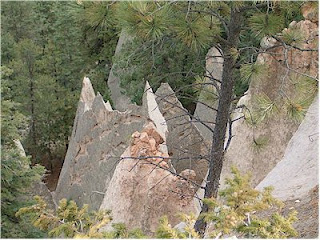 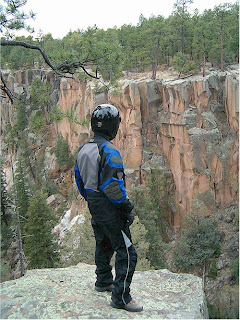 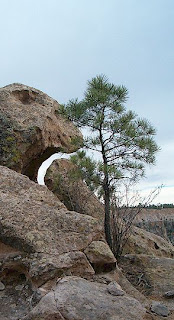 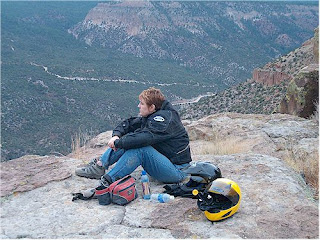 Ok, so we don't get it. The pickles FAILED - horribly. We aren't sure why. If you have ever made pickles (hot pack method), we would like to hear from you so that we might track down the issue and not repeat the sqishy, slippery-slimey things we ended up with.

On a higher note... our Dilly Beans (made the same day/same way) seem fine.

John and I also made salsa, the day after the pickles. The salsa has been good so far. I think it needs to age a little more - it's very tasty, although a little vinegar-y still. We made a larger batch a couple of weeks later from our own tomatoes and a bushel of Anaheim chilis bought and roasted at the farmstand in Corrales.
at November 16, 2008 No comments:

I went to Lansdale, PA to spend Halloween with Sam and take him trick-or-treating. Sam has grown; he is taller and thicker - finally.

Upon arrival, I managed to finally pull out the loose front tooth Sam had been nursing since before school got out the previous year. Sam, if you are reading this - wiggle those teeth!!

For Halloween he decided he wanted to be Death. I bought his costume this year, as my sewing machine is close to its last leg - it seems to have a timing issue. Sam wore a skeleton suit with skull mask, under a black cloak. He carried a scythe. He looked very scarey, and actually did scare some of the people he visited.

Before we left the apartment to haunt the local neighborhoods, Sam asked if he'd be able to eat any of his candy that night, and I foolishly told him he'd be allowed 2 pieces - thinking the candy would be miniature bar sized. I quickly learned that people living that close to Hershey pass out FULL sized candy bars.

Sam, Chris and Missy kindly took me on a tour of Philly my last night - complete with Liberty Bell, Independence Hall, Valley Forge and a cheesesteak dinner. Thank you guys so much for hosting me and providing time for me with my boy!
at November 03, 2008 No comments: