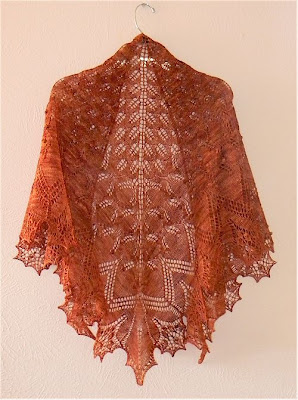 Still the needles have been clicking non-stop, and I have a couple of projects to share. Of course, there are more projects in progress, but the completed ones are the most fun to show off!

I've finished the Aeolian Shawl by Elizabeth Freeman and LOVE it!  It is simply beautiful.  This pattern called for nupps (rhymes with soups) which are essentially bobble in lace.  I'd never done this technique before and in the end learned a couple of different ways to accomplish them.  I found I preferred to used a crochet hook to build them and reduce them all at once.  I'm not fond of the two row method.  The nupps made me nervous until the very end.  Having never done them, I wasn't really sure what to expect.  They seemed to pull to the wrong side and hide.  Blocking made all the difference.  I look forward to an occasion where I can show this off! 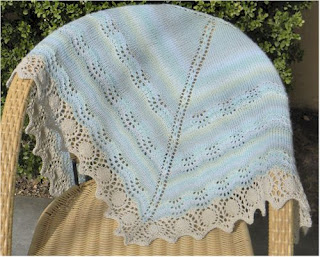 I also completed Ebbtide by Elizabeth Doherty.  I did this one as part of a KAL (knit along) for two reasons really. First, I thought the design was quite pretty with its waves and sand dollar motif, and secondly because I hadn't seen any completed versions of it that did its theme justice.  In fact, it was the second reason that really spurred me.  I've seen it knit up in a lot of dark solids, single color.  NO ONE played up the seaside/shoreline theme.  I purchased some lovely yarn in ocean and sandy tones with slightly different textures and couldn't be happier with the results. 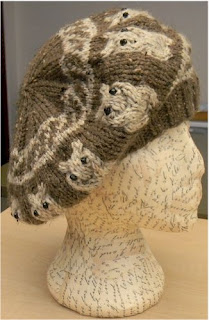 Finally, I've just completed a new hat design.  I need to finish writing the pattern and test knitting it again before I'll be able to release it, but I'll still give you a sneak peak and tell you its story.  I have a dear friend who is in the midst of fighting some serious local corruption to save a park from being paved under for a brew pub parking lot.  It's a hard fight which I fear can't be won.  As part of her fight, she's going door to door, building an online presence and educating the public about the types of animals (other than human) this is going to impact - among which are owls, her token animal.  And so I designed this for her.

This beret features the "owl cable" which is very popular due to its cuteness and high recognition.  It may be some time yet before I make it available - perhaps in the fall.  I'm just not motivated to make hats now while the weather has grown so warm.  If you are interested in the pattern, let me know - It may motivate me!
at March 31, 2012 No comments: 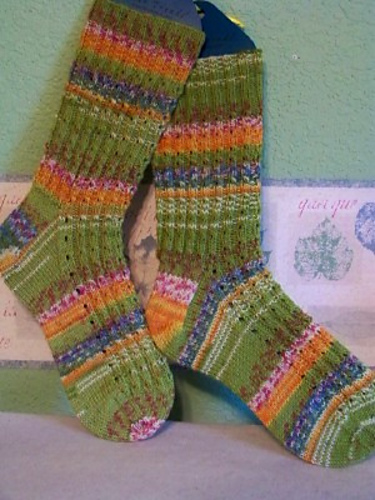 Not only is this an inspiration image, its also a FREE pattern on Ravelry: Lime-Ade Socks by Tina Keenan
No, I wasn't asked to endorse this, nor was I paid.
I simply link to things I love so that you may love them too!
at March 23, 2012 1 comment: 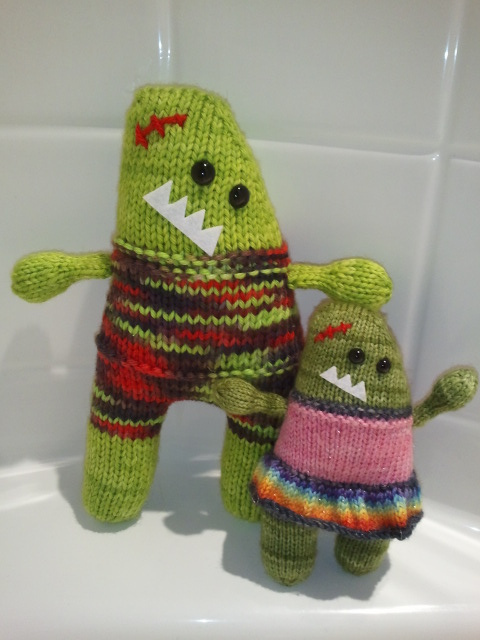 Not only is this an inspiration image,
it's also a FREE pattern available on Ravelry:  Zombie the Podcaster by Amy Spinler
No, I wasn't asked to endorse this, nor was I paid.
I simply link to things I love so that you may love them too!
at March 16, 2012 No comments: 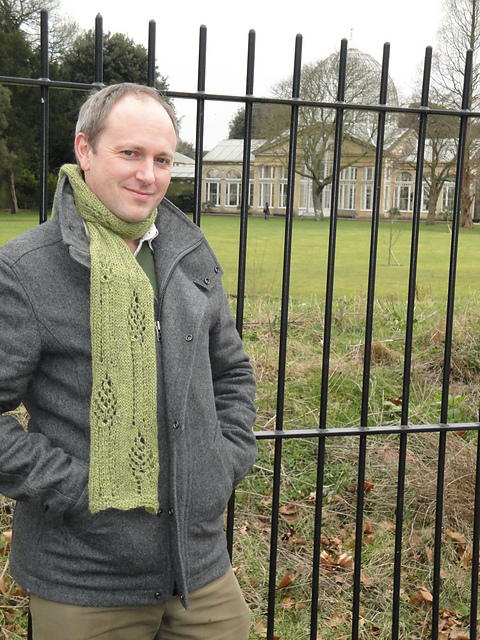 Not only is this an inspiration image,
it's also a FREE pattern on Ravelry: Sparrow Grass by Miranda Jollie
No, I wasn't asked to endorse this, nor was I paid.
I simply link to things I love so that you may love them too!
at March 09, 2012 No comments: 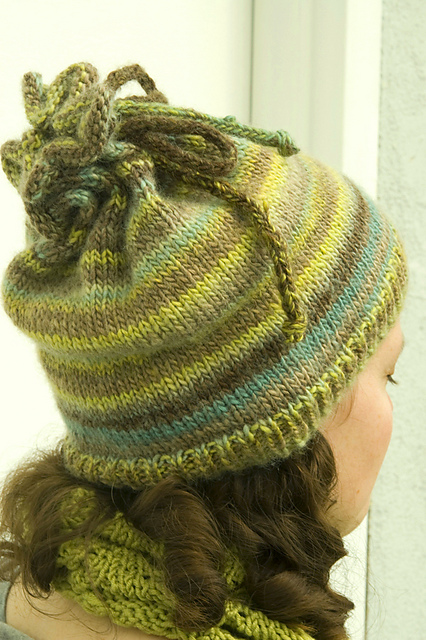 Not only is this an inspiration image,
but it's also a FREE pattern on Ravelry: Sack Hat/Cowl by Elizabeth Rowen
No, no one asked me to endorse this, nor was I paid - I just link to things I love so you can love them too!
at March 02, 2012 No comments: